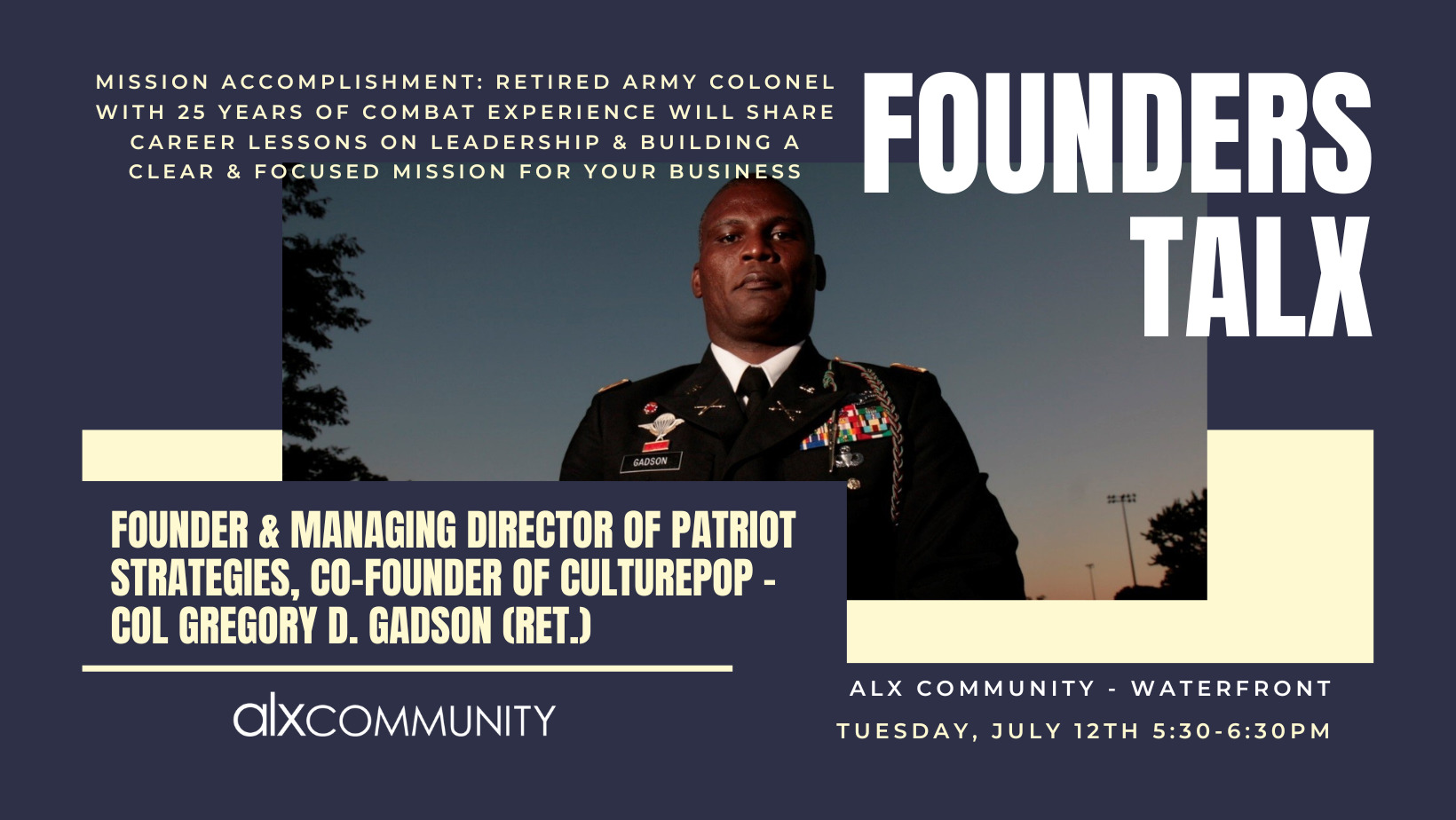 Calling all DMV business owners and leaders! Whether you are a B2B, B2C, or a member of essential services; the success of your business can hinge on having a clear and focused mission, or rather, helping others execute their mission. Who better to run a leadership bootcamp on this very subject but beloved member Col Gregory D. Gadson (Ret.), Founder and Managing Director of Patriot Strategies and Co-founder of CulturePop! Greg will share the lessons learned from combat leadership, the highs and lows of founding a successful business and the realities of navigating the transition from military to civilian work. You don’t want to miss this one!

More on the founder:

Greg has distinguished service in diverse and challenging environments with various missions to include: training of foreign forces, humanitarian support, counter-insurgency and combat operations. His career culminated as Garrison Commander of Fort Belvoir, VA where he managed and oversaw the execution of multi-million dollar budgets and contracts responsible for security, facilities maintenance and care of wounded veterans. Performed duties and responsibilities of city manager of military base supporting 52,000 Department of Defense personnel; executed $200 million budget in support of base operations. During his combat tour in Iraq he lost both his legs and severely injured his right arm to a roadside bomb in Baghdad. Greg recuperated at Walter Reed Army hospital and became an inspiration to those around him. His resiliency and positive attitude made him a sought after motivational speaker and “life” trainer. In response to the growing requests for Greg to speak at corporate and organizational events, Greg founded Patriot Strategies, LLC in 2008. Since then he has consulted with numerous organizations about overcoming adversity, leadership and teamwork through motivational speaking and training.