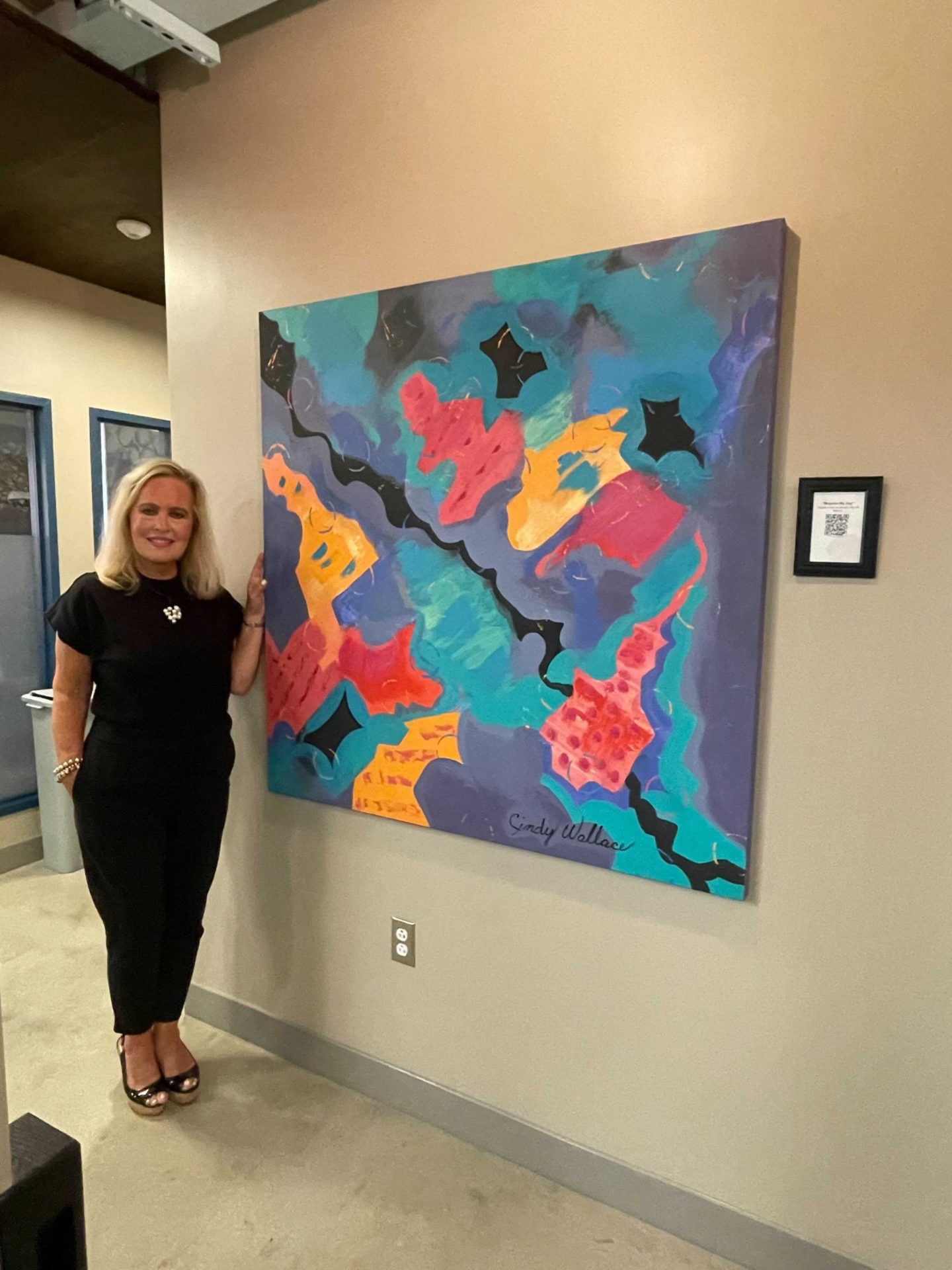 We have so many fantastic artists in our community! We love to support them and showcase their work in our spaces. Make sure to take a look at them next time you’re in!

Cindy paints primarily in acrylics, and her art is a happily-ever-after marriage of vibrant colors and bold brush strokes with a vivid and vibrant imagination. Her work is represented in a growing number of American galleries and has been acquired in corporate and private collections throughout the US and abroad. Wallace’s painting entitled “Faces of Freedom” received stellar critical reviews and became part of the corporate collection of Crown American Enterprises. Another painting, “The Nutcracker” was reproduced on the cover of the playbill for Pittsburgh’s famed Heinz Hall’s presentation of The Great Russian Ballet. 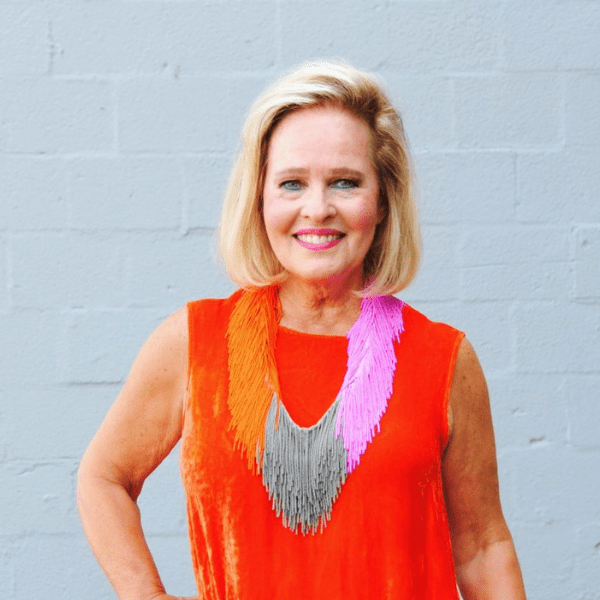 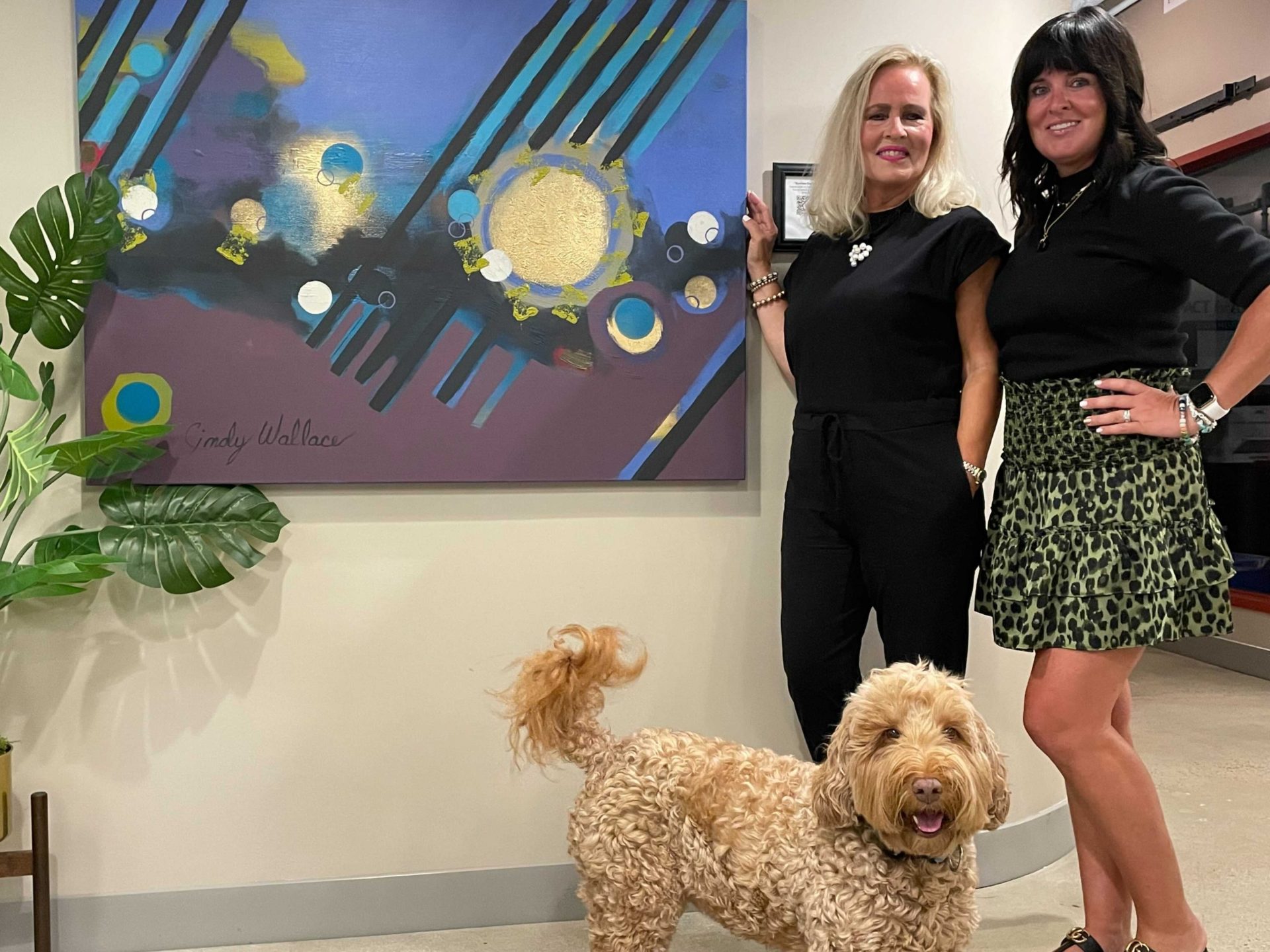 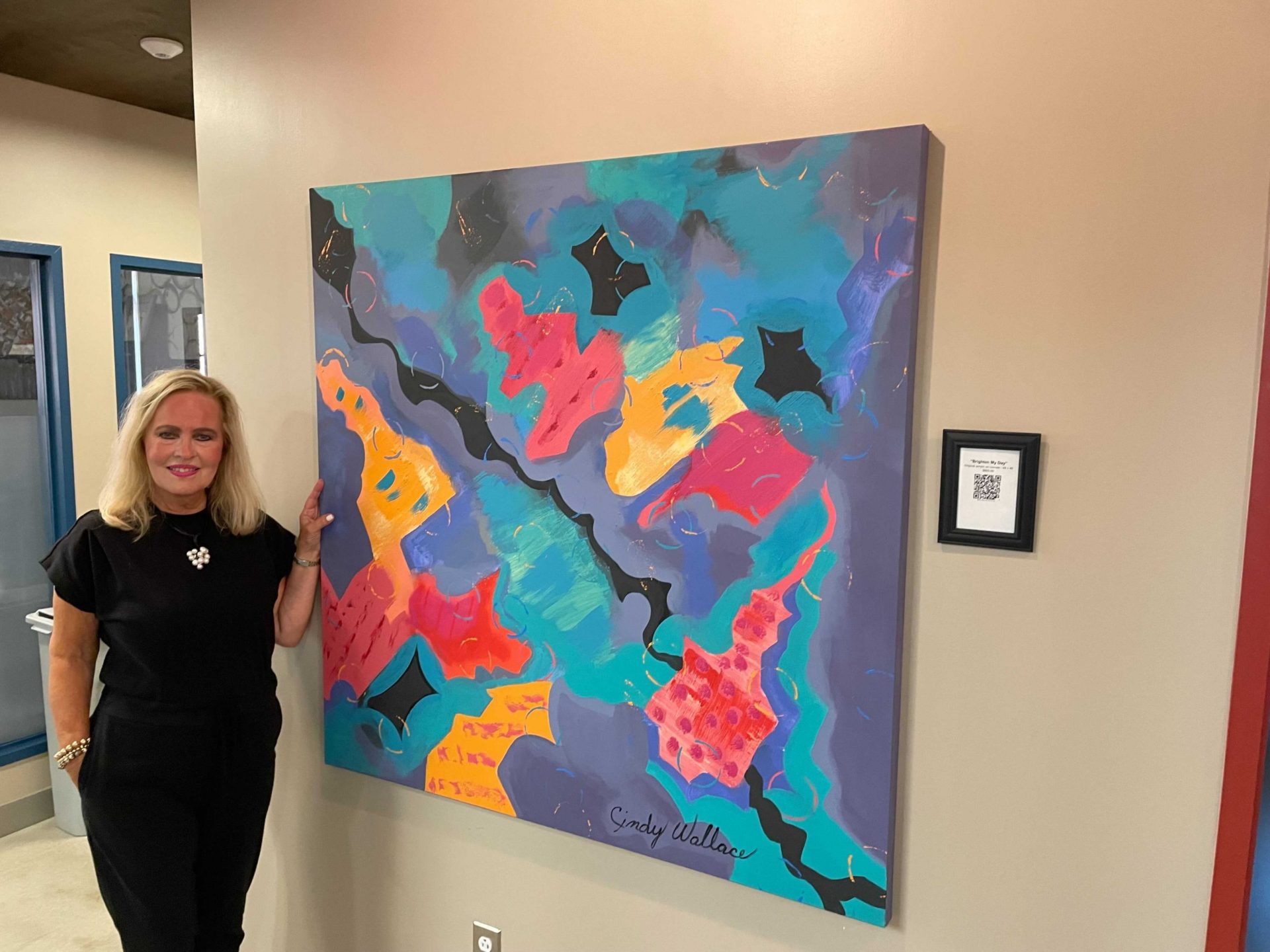 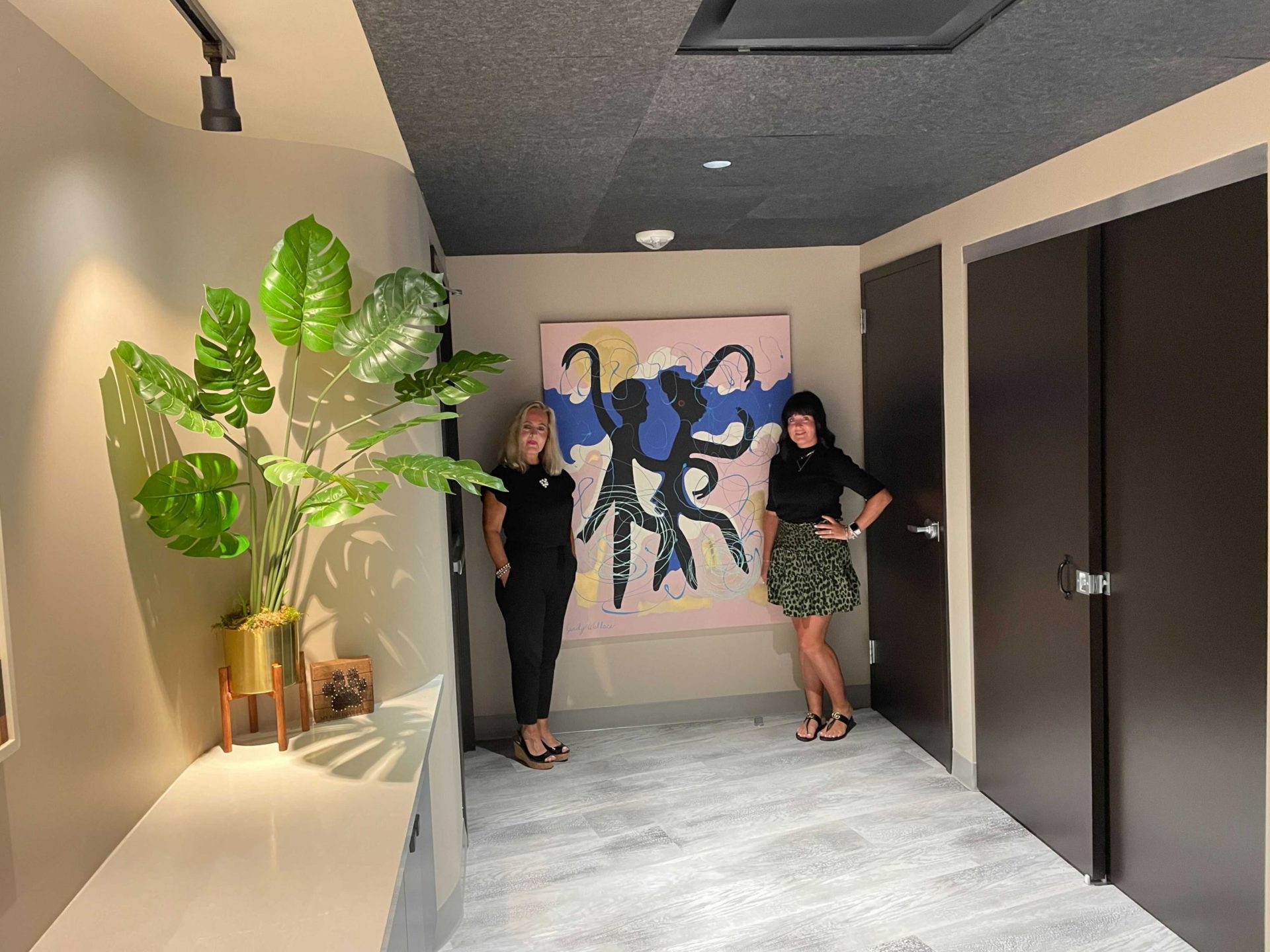 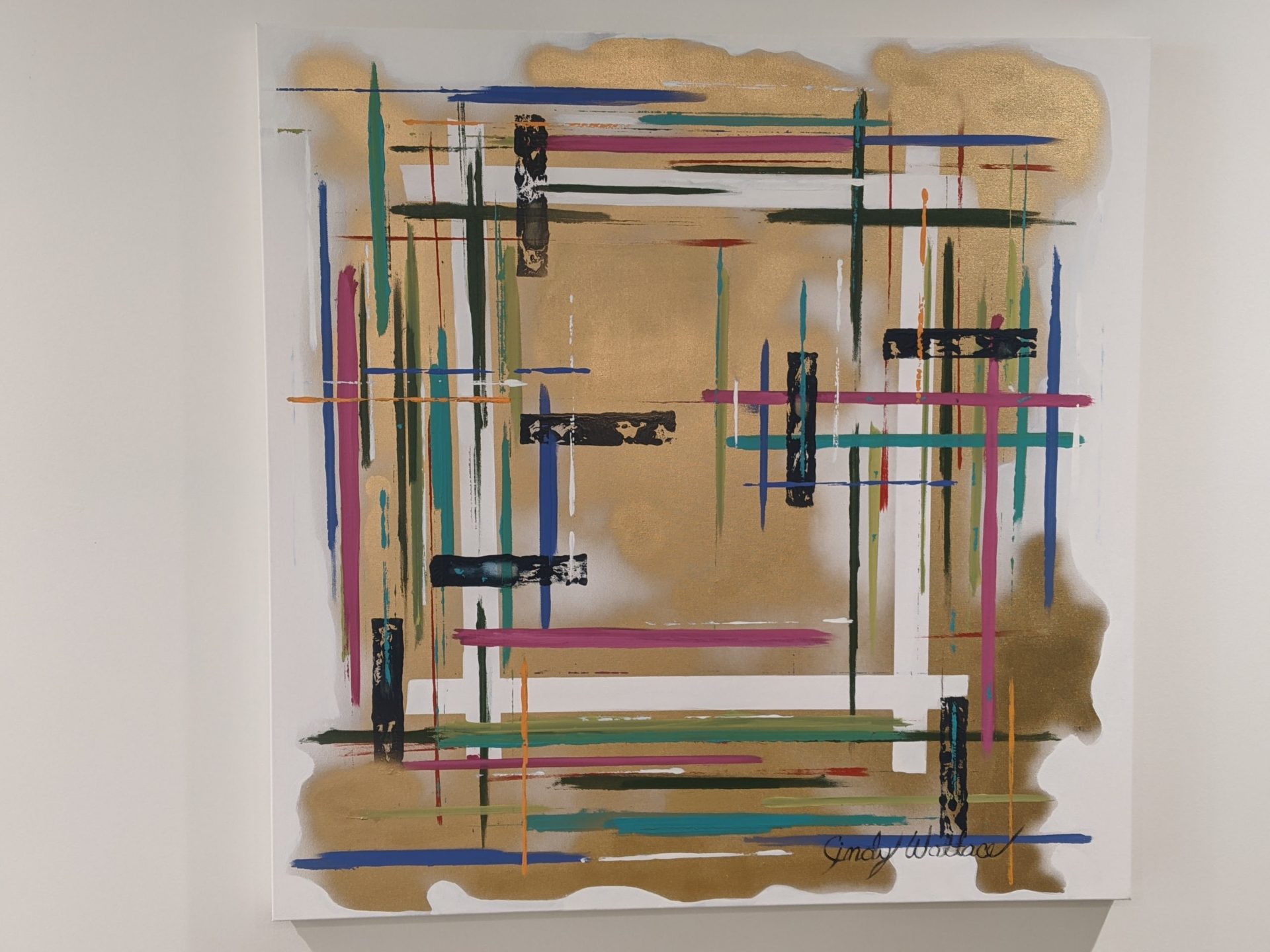 Noah Franklin Williams was born and raised in Alexandria, Virginia. His exposure to art began in his early childhood, with his mother being his primary art teacher. Noah attended West Potomac High School in which he excelled in art and was chosen to be in the honors art class.  He took several art classes at Northern Virginia Community College to further enhance his creativity.

Noah’s sculptures can mesmerize you with curiosity of his ability to layer upon layer scraps of metal, wire and bottle caps to create outstanding structures from the real world and beyond. His sculptures truly harness his talent for finding everyday discarded items that arouse his visions beyond their traditional use.Creating recycled art has been the essence of Noah’s creative vision before “think green” became a popular mantra. 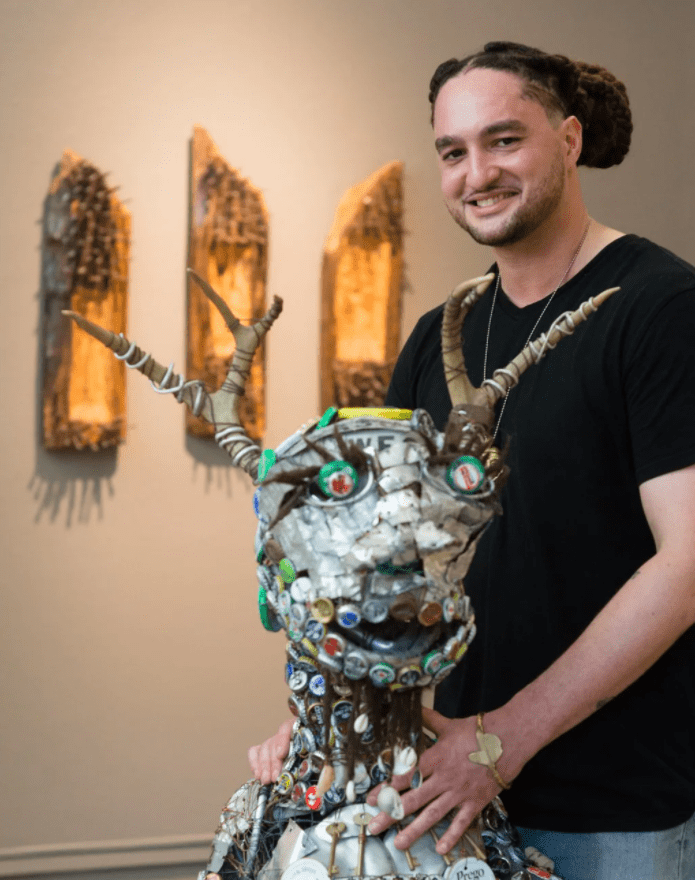 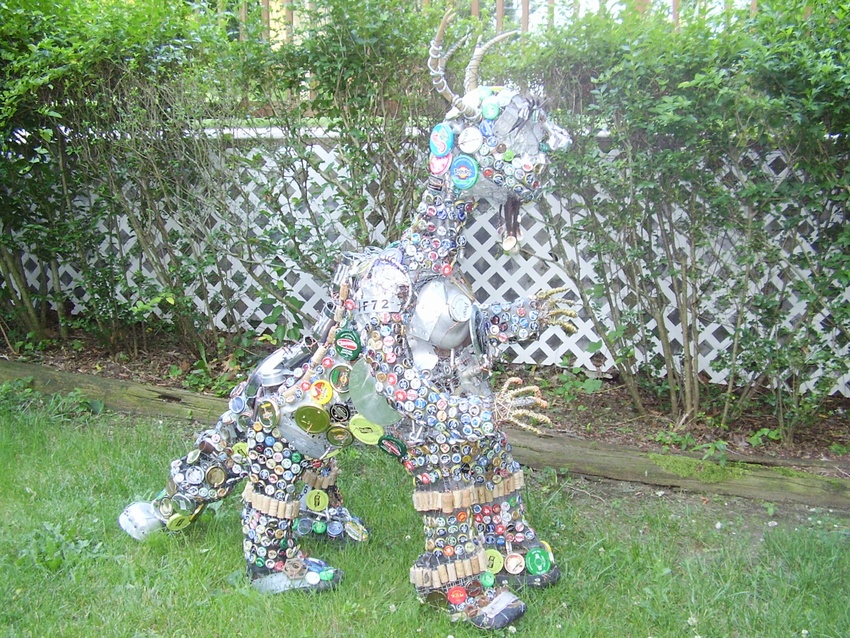 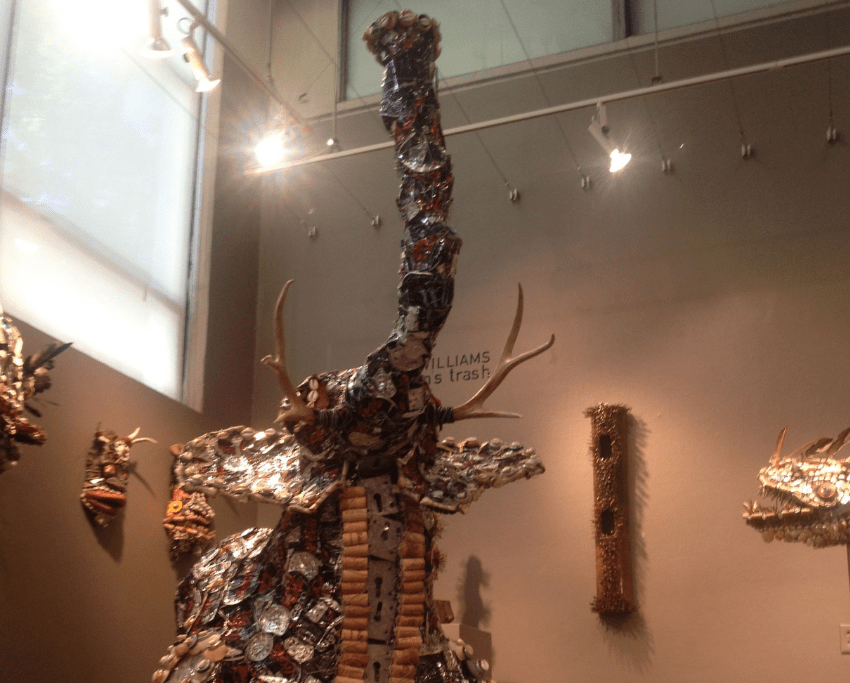 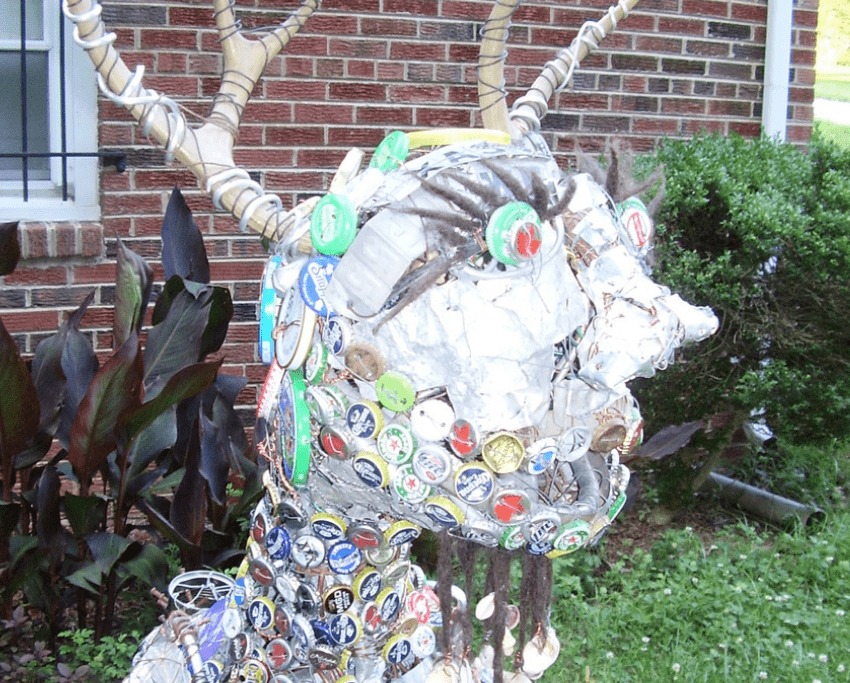 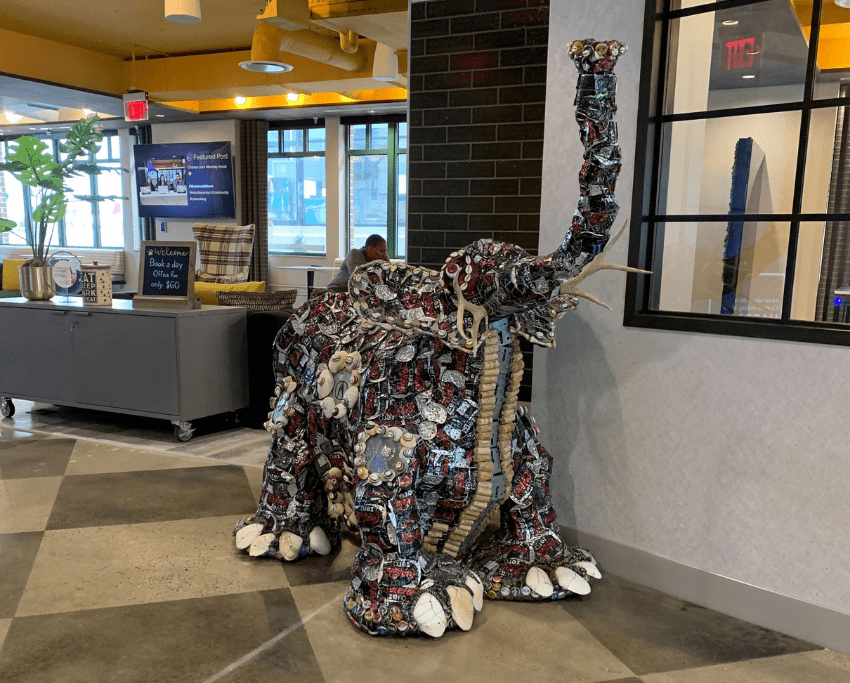